Distribution
From the Osumi Islands to the Yaeyama Islands, Izu Islands and Ogasawara Islands. It has also been found in Nagasaki, Shizuoka and Kochi prefectures. It is adept at expanding its distribution, so it is possible that it may be found in other warm regions.

Characteristics
They are 16-22 cm in length. Their necks are not thin, and their snouts are rounded at the tip. They look like worms at first glance, but they are snakes, and if you look closely, you can see that they are snakes. They have scales and traces of eyes and a transparent tongue. Their eyes are very small, and their tails are extremely short and spiny at the tip. 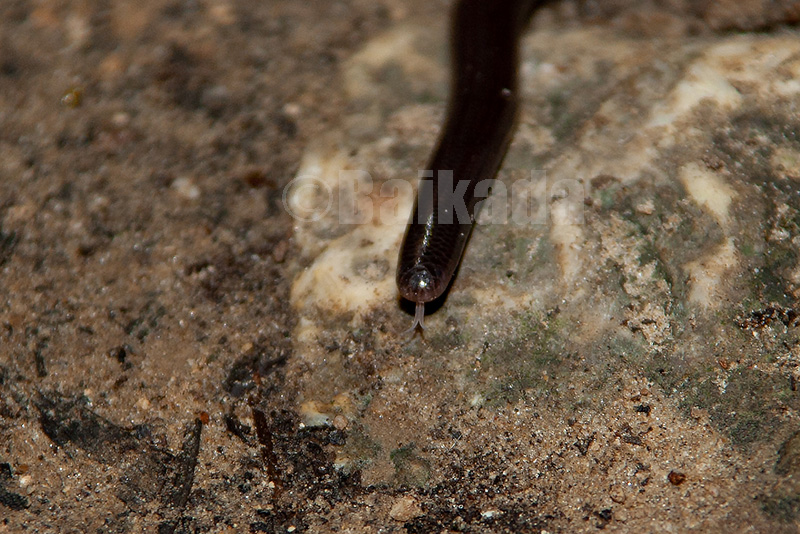 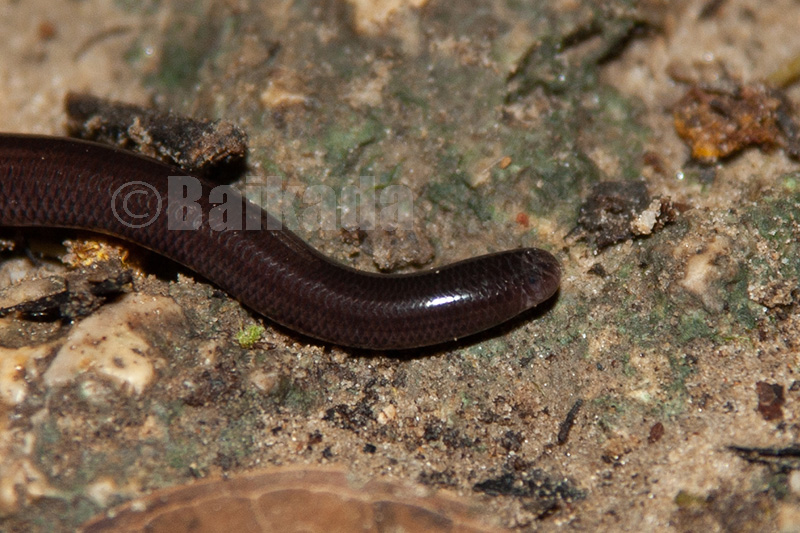 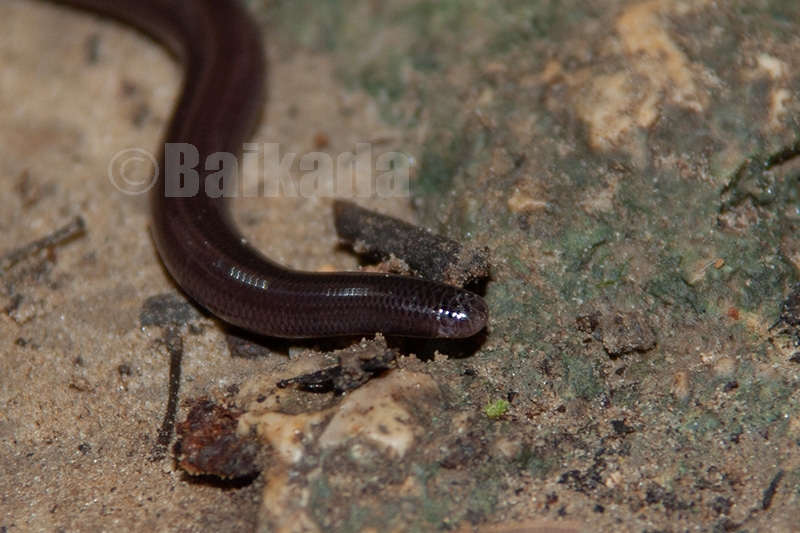 Scale rows
Body scales are 20 rows for most of the body.

Behavior and habits
Subterranean. Tends to be nocturnal but is often found during the day. It is often found in ditches. When caught, it will prickle around the finger with its tail end. This is not painful and does not cause any injury. The tail is not poisonous. When crawling, it moves in a snake’s motion (moving forward in a wavy motion) rather than peristaltic advance like a worm. 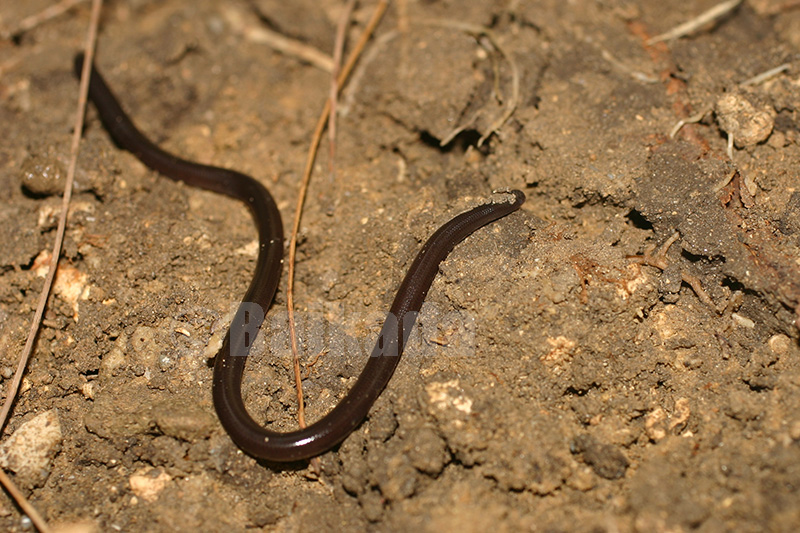 From Iriomote Island, Okinawa. Photo: Baikada
On the right is the head.

Environment
It is common in arable land.

Juvenile
Its body is small, but its appearance is the same as that of an adult. 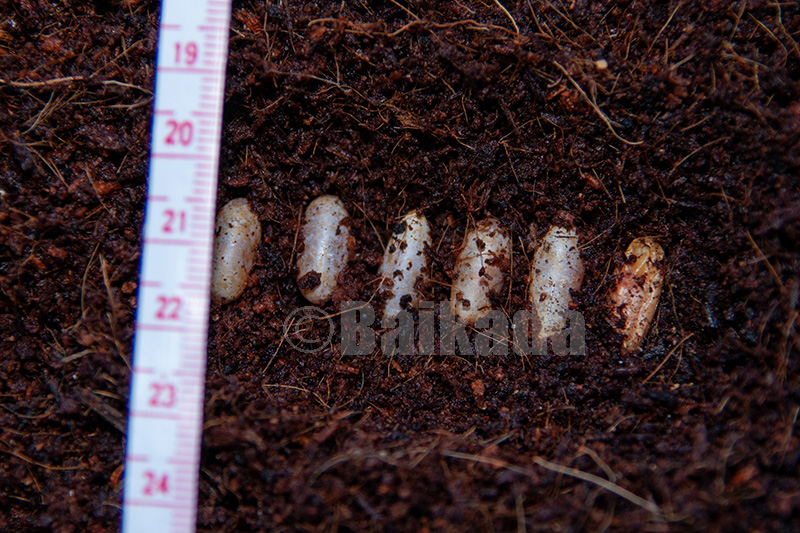 Venom
This snake does not have venom.

Others
Parthenogenetic reproduction. It lays three to six white, long, oval eggs. They are often transported in pots of plants and other objects to expand their distribution. 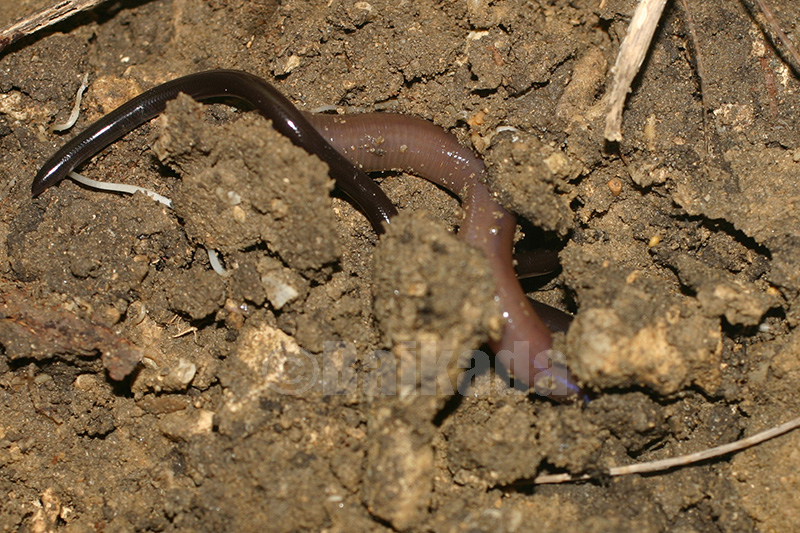 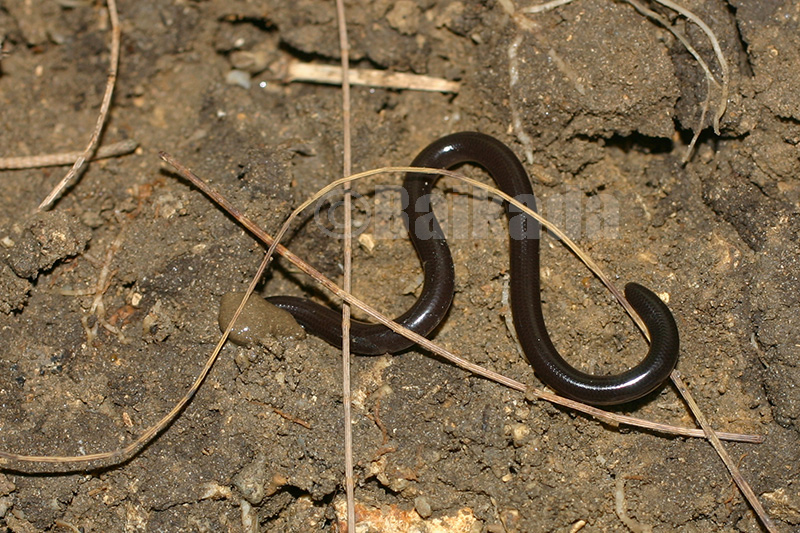 From Iriomote Island, Okinawa. Photo: Baikada
It’s looking for a place to hide.

Attention
This page is one of the pages of the “Snakes of Japan“. It will be updated as soon as new knowledge is found. The transcription and the reprint of the contents (including the image) without permission are prohibited. Please inform “Baikada” when you use it, and post the site name (Snakes of Japan), photographer, and quotation URL. Baikada (Tatsuhiro Tokuda) took the photograph and made the explanation.